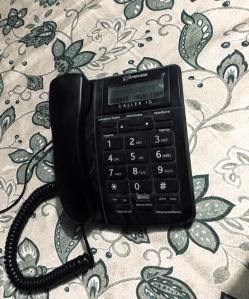 This morning was just like any other morning. I got ready to go to work and then sat down in the dining room to have breakfast-coffee and a protein shake. The host parents and little brother had gone to visit relatives in Chilete, and the older host siblings had gone to Cajamarca city. It was just me and the grandmother in the house. This morning was just like any other morning, until the phone rang. I picked it up and passed it to the grandmother. She took the phone call next to me and I could hear a man’s voice on the other end of the line. He sounded panicked. He told my host grandmother that her grandson, Anderson had been involved in an assault while coming back from Cajamarca City. He said that while Anderson was returning in the car from the city, a man had gotten into the car, robbed him, and slashed his arm and face slashed with a knife. He told her that the girl who had been traveling in the car with him had been murdered in the assault. Upon hearing this, the grandmother’s hands begin to shake as she burst into tears.

“Not my Ander! My poor baby!” she wailed. There was a boy’s voice in the background that called out “help me! I’ve been cut really bad and it hurts!” The man on the phone went on to explain that while trying to protect himself, Anderson threw rocks at the attacker and that because of this he was now being held at the police station. The man said that the police were demanding $5,000 soles for Anderson’s release. “But I don’t have $5,000 soles!” she sobbed. “You must talk to his mother! Call his mother!” There was a pause and man said something to which the grandmother cried, “I don’t know her number! Wait. Let me see if my granddaughter has it…” She looked at me. I was surprised, but touched that she referred to me as her granddaughter, especially in such a serious moment of crisis. I pulled out my phone to give her the number but before I could the man said something else to her. I couldn’t make out what else was being said but the phone call ended shortly.

She hung up the phone, hands still shaking, and asked me to call the host mom who was in Chilete. I called her twice but there was no answer. Then I tried the aunt (who the host mom was visiting) and was able to get through. I gave the phone to the grandmother who relayed everything that had just happened. From there they called Anderson, and fortunately were able to reach him. As it turned out, Anderson was on his way back from Cajamarca City. He wasn’t in the police station. He hadn’t been assaulted. It was all a lie. A lie to extort money from his family, something that I’ve learned is unfortunately pretty common here.

An hour later, Anderson walked in the front door, safe and sound. We all breathed a sigh of relief.

One thought on “A Disturbing Phone Call”